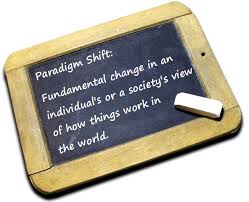 “Chronic diseases and conditions (heart disease, stroke, cancer, type 2 diabetes, obesity, and arthritis) are among the most common, costly, and preventable of all health problems.”

– Centers for Disease Control and Prevention

Chronic Diseases: The Leading Causes of Death and Disability in the United States

Health risk behaviors are unhealthy behaviors you can change. Four of these health risk behaviors—lack of exercise or physical activity, poor nutrition, tobacco use, and drinking too much alcohol—cause much of the illness, suffering, and early death related to chronic diseases and conditions.

The Cost of Chronic Diseases and Health Risk Behaviors

In the United States, chronic diseases and conditions and the health risk behaviors that cause them account for most health care costs.

give strength. give hope. give joy. give healing. give nourishment. give encouragement. give calm. give empowerment. give wisdom. give courage. give support. give comfort. give mindfulness. give inspiration. give affirmation. give kindness. give choices. give resources. give dignity. give freedom. give creativity. give sustenance. give balance. give harmony. give upliftment. give happiness. give possibility. give unity. give bliss. give rest. give light. give connection. give meaning. give wonder. give nature. give abundance. give beauty. give mercy. give faith. give trust. give purpose. give passion. give empathy. give compassion. give truth. give awareness. give positivity. give organic. give regeneration. give transformation. give peace. give love. give laughter. give life. give blessings. give growth. give gratitude. give health. give happiness… give wellness